Louisville Magazine had their June issue launch party at 4th Street Live on Wednesday and Metromix sent me to cover it. While the band Another Colour played, the restaurants of 4th Street Live showed off their best appetizers for the crowd to sample, like the offering above from Gordon Biersch, the new restaurant now occupying the first floor of the former Borders bookstore. 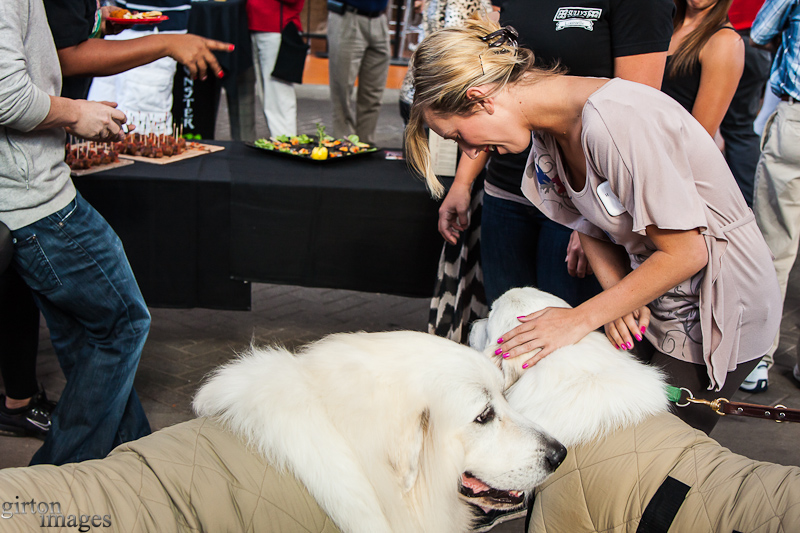 While the magazine and the restaurants starred prominently during the party, a couple of Great Pyrenees dogs came through and promptly got some attention. But then again, what giant white fluffy dogs wouldn’t. Patrons didn’t have to worry either as they kept well away from the food being served.

Meanwhile, patrons enjoyed the food and the company and signed up for meet-and-greet tickets to spend time with Montgomery Gentry when they play their Hot Country Nights show coming up this summer at 4th Street. Find the preview gallery below and the full shoot coming soon on Metromix.