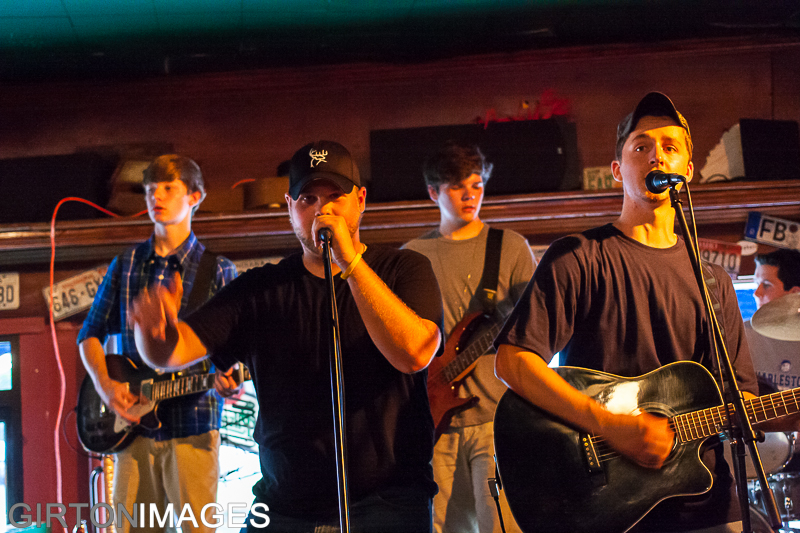 Last night, Misty and I took the trip to Crescent Hill to see her cousins latest band Rinkers Creek. Nathan and Noah, the cousins in question, along with the rest of the band took the stage at Clifton’s Pizza (some of Louisville’s best, by the way) to play during a Team In Training fund-raiser for the Leukemia and Lymphoma Society. For 10 bucks, Clifton’s had an all you can eat pizza buffet, a silent auction and country music entertainment. Furthermore, they had people working on their off day because Clifton’s is usually closed on Mondays. 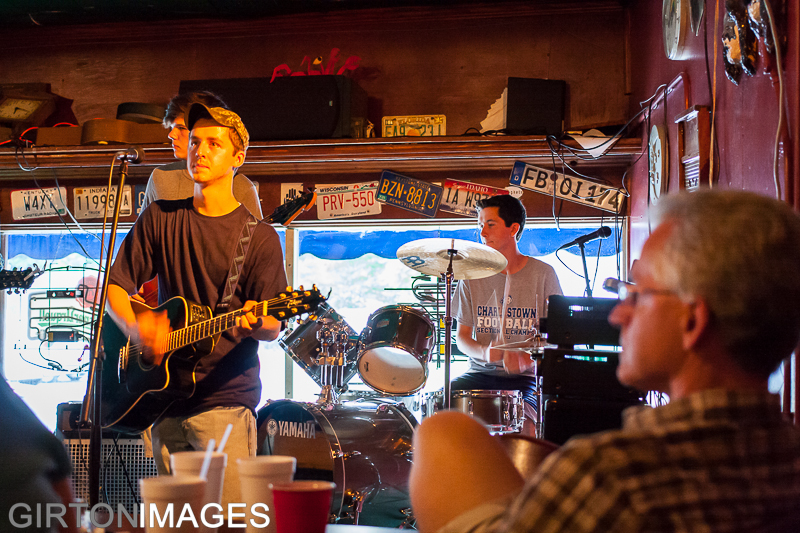 The stage provided a lot of photographic challenges. It was in front of the windows that look out onto Frankfort Avenue. Because it was evening with lots of sun still shining through, the backlight was extreme but some creative overexposure and a bit of post processing after to correct for the overexposure fixed that somewhat. The other issue involved the playing space. It was so compressed that I had a some challenges putting the cousins in the same shot. I got it, though. As their father Doug looked on, you can see Nathan on guitar and Noah on drums above. 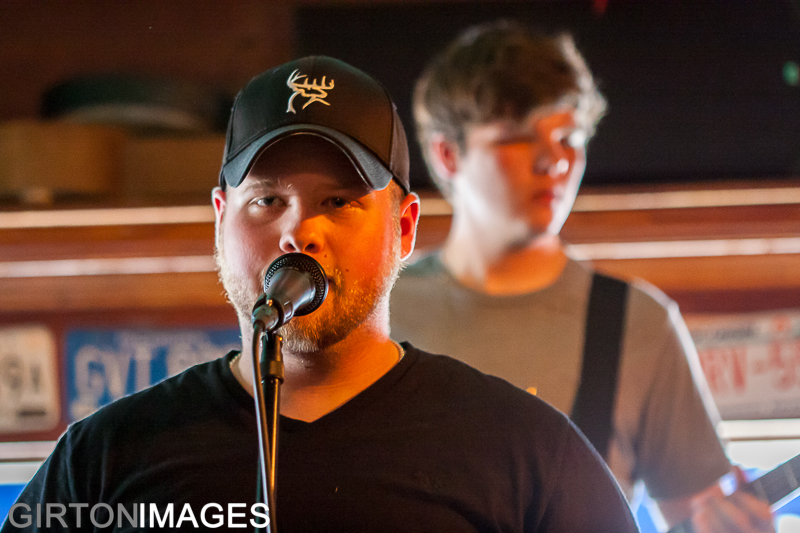 We’re proud of them for playing for the charity and hope they raised lots of money. Check out the gallery below for scenes from the night, including a trip across the street to Homemade Ice Cream and Pie Kitchen, who donated proceeds to the Leukemia and Lymphoma Society, too. That ice cream you’ll see is Peace, Love and Chocolate and yes it was.