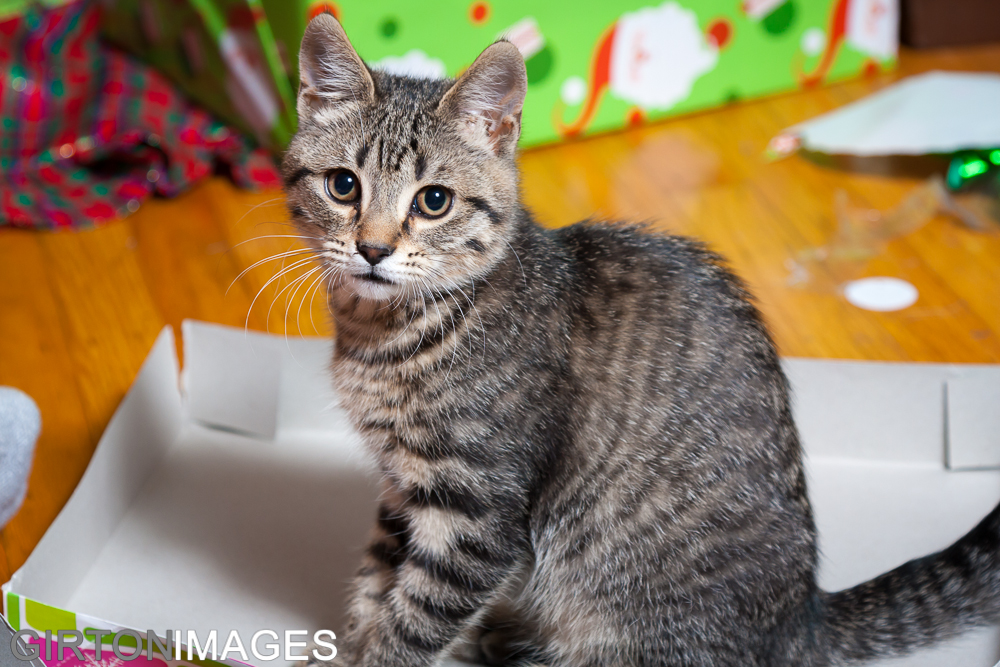 Introducing our cat, Archer. He’s the kitten that, at times, pops up in photos from Girton Images so I figured I owed him a proper introduction. If you check back on Monday’s update with Emma, you’ll see her holding him in one of the photos. He’ll show up in these Christmas morning shots, too.

His life had a harsh beginning. A couple living temporarily next door had an outdoor cat and at 6 months, she became pregnant. She gave birth to at least 5 kittens, but wasn’t allowed in the house. Due to the coolness of the time of year, one kitten died immediately with a second close behind.. We took them into our garage, even though they didn’t belong to us. Even with that, one more passed away. 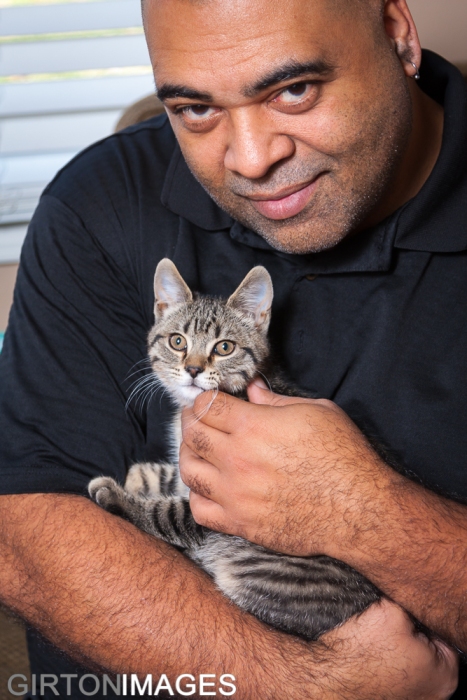 We brought them into the house and nursed them to health. Archer and his sister Penny survived. Then we claimed him for ourselves. He’s a kitten and gets into kitten trouble, but he’s ours. See if you can spot him in other photos in gallery below. Click on any image to make it full-sized.